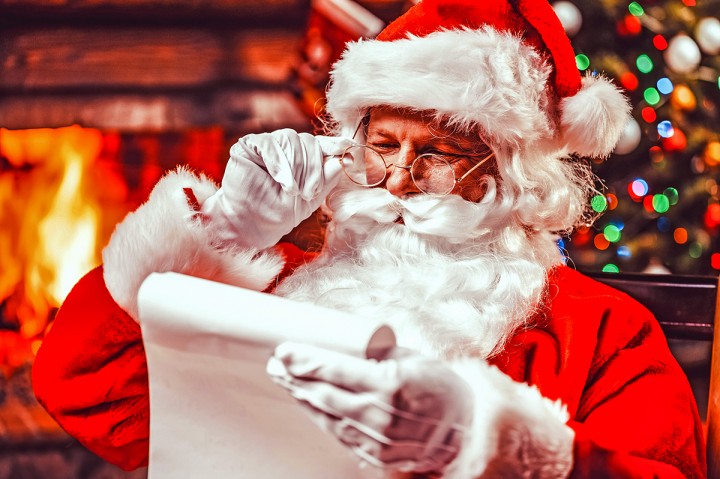 The holiday season is always a special time of the year.  The Thanksgiving pilgrimage is in our rear-view mirror, Christmas and Hanukkah are just a few short weeks away, and New Year’s Eve is just beyond.  Look around and you’ll see the telltale signs:  Department stores are getting more crowded, checkout lines are long, and mall parking is virtually impossible.  Everywhere you look there are Christmas trees, blow-up lawn decorations and lights…lots of multicolored, twinkling lights.

Over the past few years I’ve lived various places along the eastern U.S. coast, and gotten to experience the holidays in each of them.  Growing up in Florida, I always hoped for cold (or at least cool) temperatures at Christmas.  That had a way of making the day feel more special.  Most years Mother Nature obliged, but warm holidays would sneak in from time to time.  There’s something about swatting away mosquitoes on a warm, humid New Year's Eve that just doesn’t capture that winter holiday vibe…at least not for me.

I moved to New Jersey, for several years, then just across the border to Pennsylvania for several more.  In that part of the country I got to experience “real” winters with cold temperatures and lots of snow.  It was heaven.  I especially enjoyed the first snow of the season, and would look out the window and watch it come down.

New York City was just over an hour away and taking a train into the city was always a special treat at the holidays. Macy’s on 34th street featured holiday-themed scenes in their windows.  Rockefeller Center had beautiful angel decorations leading down a slight hill to an ice skating rink.  Gracing the rink was the golden statue of Prometheus with the enormous Rockefeller Center Christmas tree looming just beyond.  Just a few blocks up Fifth Avenue you’d find the world’s largest menorah, at the intersection of Fifth Avenue and 59th Street.

Winters in the north were a big change for me from Florida.  When the winter temperatures crept in, it was important to be prepared with the tools of the season:  Ice scrapers and snow brushes (for windshields) snow boots, scarves, winter coats, thick socks and earmuffs were all necessities, as was having snow-melt, snow shovels and a snow-thrower to keep sidewalks and driveways clear.  You didn’t want to get caught off-guard and unprepared when the first snow fell, because without those tools, winter could get pretty ugly, pretty quickly.

“Being prepared” is the theme of this article and the title, “Making a list and checking it twice.”  Most people will recognize the origin of that phrase from the song, “Santa Claus is coming to town.”  It refers to Santa checking his list to find out which children are deserving of gifts and which ones will get a lump of coal in their stocking.

Just as Santa reviews his lists to make sure no one is overlooked, being ready for next year’s trade show season is no different from being prepared for a long, cold, snowy winter.  Whether you need graphic updates, visual inspections or even repairs, take the time now to make your list and check it twice.  What changes will you need to make?  Is there a new product launch or service on the horizon for your company?  Are there any parts of your display that are getting worn and could benefit from refurbishment?  What’s the condition of your flooring?

By asking those questions and scheduling those refreshes now it’s going to put you ahead of the crowd.  There’s nothing worse, in the trade show business, than knowing your display needs updating but finding out that you’ve waited too long to start the process and the revisions won’t be ready in time for your next trade show.  That’s a mistake most people make just once…

Don’t end up on the boss’s naughty list!  Go to https://info.applerock.com/1-hour-consultation now to request a free consultation with one of our experienced sales professionals. Apple Rock can help you ensure that your booth is updated and in tip-top shape for the 2023 trade show season.

From all of us at Apple Rock, season’s greetings and happy holidays!